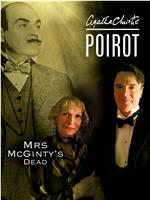 James Bentley is tried for the murder of Abigail McGinty, the charwoman of Broadhinny who also took in Bentley as her lodger. The evidence is overwhelming, and soon after he is sentenced to hang. Superintendent Spence is not convinced of the man's guilt, and so he visits Poirot, asking him to look into the case. Poirot then heads off to the village, where he becomes the paying ...