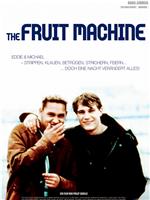 Eddie and Michael are best friends on the brink of adulthood. Eddie likes watching old movies on video with his mum. Michael likes video games and the street. They are total opposites that argue like an old married couple. Leaving behind the grim, oppressive reality of Liverpool (In the 1980s unemployment rates in Liverpool were amongst the highest in the UK.), they stumble int...