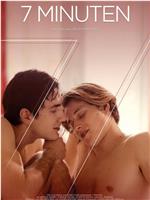 The film takes place in Toulouse and tells the story of Jean, a 55 year-old policeman who discovers his son, Maxime, and his son's boyfriend hanged in a hotel room. The autopsy shows that he died from an overdose of ***, just seven minutes after his boyfriend. During an evening organized by Maxime's friends, Jean discovers the club BISOU, where his son used to go. There, he mee...